synerG is more than just an organization for Greensboro’s young professionals. 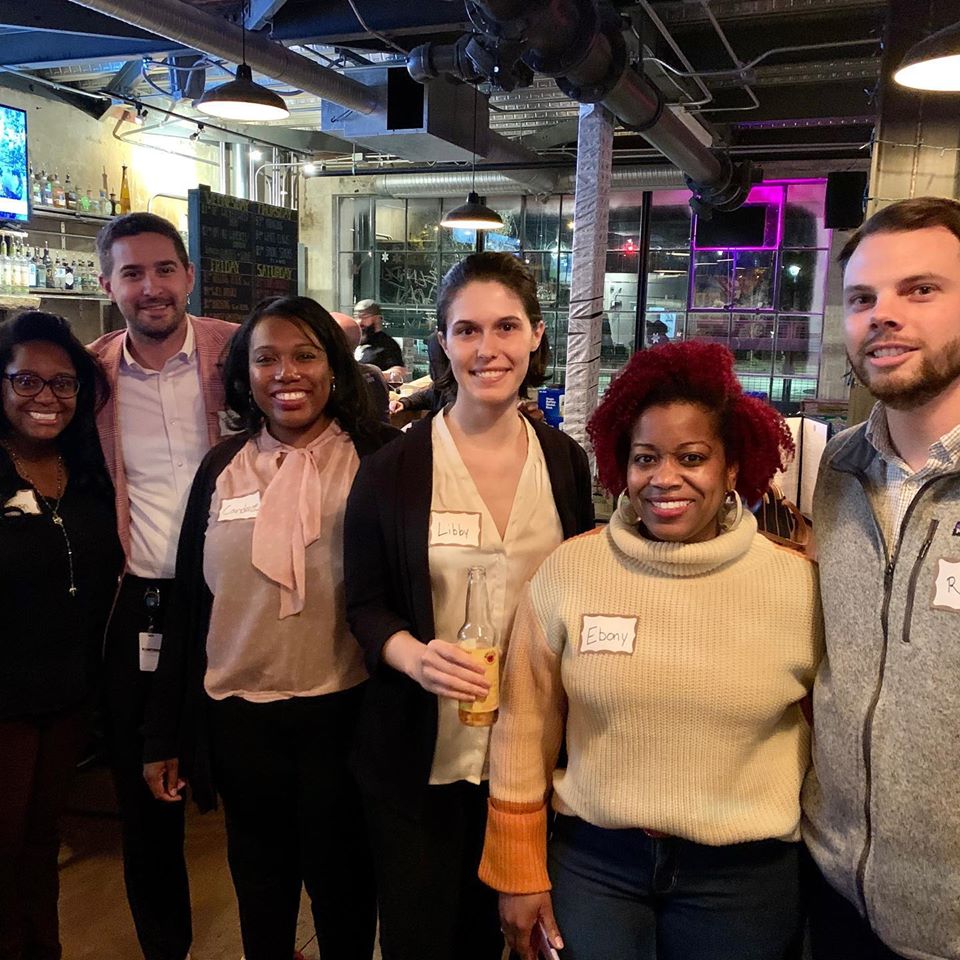 We’re a real, live network dedicated to growing and cultivating Greensboro’s under-40 community. We’re as diverse as we are passionate about the city we call home and we wholeheartedly believe that by creating opportunities for  tomorrow’s leaders to grow today, we’re helping shape the future of our city for the better.

Here at synerG, we have a mission: to attract, engage, and connect young professionals to Greensboro. We believe in giving tomorrow’s leaders the real-world experience and face-to-face connections they need to grow and succeed today.

synerG is, in a nutshell, an organization created to address the unique quality of life needs and issues affecting Greensboro’s young professional community. synerG, under the umbrella of Action Greensboro, is an active organization of young adults who lead initiatives with the mission to attract, engage and connect young professionals to Greensboro, North Carolina. Through our projects, synerG promotes social and professional networking, leadership opportunities and serves as a clearinghouse for information for young adults in the 21-39 year-old age demographic. synerG values the creation of opportunities and atmospheres that promote connectedness, diversity/inclusiveness and accessibility.

Way, way back in 2001, Action Greensboro, a non-profit organization working to enhance the quality of life in our fair city, commissioned a report on the state of Greensboro’s economic growth. One of the key findings from this report, AKA the McKinsey Report, revealed that over the course of the past decade, our city’s population had experienced a decline in the number of 18- to 34-year-olds. Meanwhile, to our east and to our west, Raleigh and Charlotte, whose numbers in that same demographic were on the up and up, were bucking the national trend toward an aging population and attracting young folks from beyond their county lines.

Action Greensboro took this as a challenge and in response, created synerG – an offshoot organization focused specifically on answering the social, professional, and civic needs of Greensboro’s 20- to 30-somethings.

Since our founding in 2001, synerG has evolved from project-focused initiatives like installing WIFI on South Elm Street and in Center City Park to program-based initiatives with the goal of advancing leadership opportunities, voice, and quality of life for all of Greensboro’s young professionals.

Adam Spivey
Partner - Rossabi Reardon Klein Spivey PLLC
Council Member
SEE BIO
Alex Zaleski
Volunteer Coordinator - City of Greensboro Parks and Recreation Department
Council Member
SEE BIO
Alexandra Pappas
Marketing & Communication Specialist - Volvo
Placemaking Committee Co-Chair and Executive Council Member
A Greensboro native, Alex reluctantly moved back to Greensboro post-grad and now credits it being one of the best decisions she' ever made. Passionate about supporting the development and retention of Young Professionals, she believes strongly that Greensboro should be seen as a destination for YPs. The city provides its citizens easy access to be involved in anything they desire, allowing us to directly impact the way the city is evolving. When she's not working at Volvo Group, you can find Alex volunteering with local nonprofits, doing something active around town, or relaxing at a local brewery.
SEE BIO
Amber Graning
Procurement Contract Specialist - Lincoln Financial Group
Council Member
Amber grew up in Greensboro and graduated from UNCG in 2013. She has served as synerG's social chair for two years and on multiple committees throughout her time with synerG since 2016. Amber and her husband just purchased their first home to continue to deepen their roots in Greensboro. She has a cat named Peach who can be found on Amber's lap any given Caturday. Amber enjoys board games, watching sports, playing corn hole and making new friends; all preferred with a beer. Amber would like to increase activities offered and supported by synerG in 2019 to showcase what Greensboro has and bring some new ideas of what it may be lacking. She is driven to encourage other young professionals to get involved, let their voices be heard, and love where they live just as much as she does.
SEE BIO
View All Staff & Council
This website uses cookies and third party services. Ok